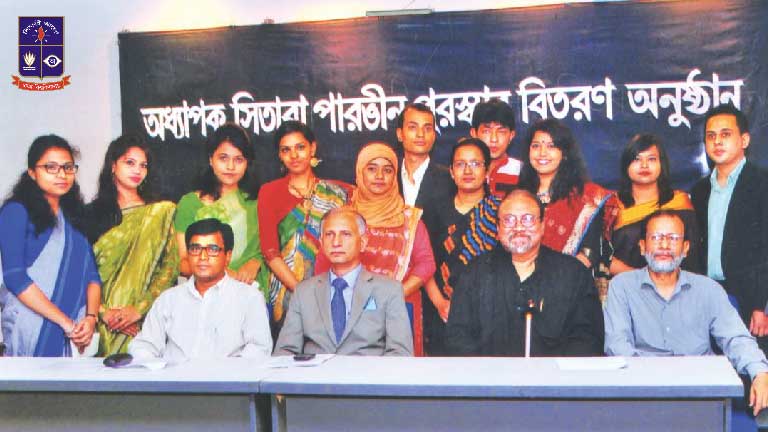 Twelve students of the Department of Mass Communication and Journalism (MCJ) of Dhaka University yesterday received the Professor Sitara Parvin Award for their outstanding results in BSS (honours) examinations in 2014.

Cultural activist Aly Zaker presented a keynote paper titled “Bohe Nirontor Nattadhra” in memory of Sitara Parvin while Chairperson of the department Prof Mofizur Rhaman was in the chair.

Sitara Parvin, a professor of the department and daughter of former President Justice Shahabuddin Ahmed, died in a road accident in the United States on June 23, 2005.